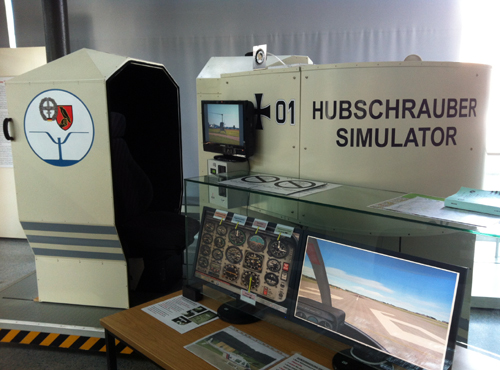 "TAKE OFF" with the Simulator!

Did you ever want to fly a Helicopter?

This Simulator lets you experience Helicopter flight as a pilot – whether you are a professional, semi-professional or no pilot at all. It is a professional Helicopter Simulator, used by German Army Aviation from 1995 to 2012 for the selection procedure of future Helicopter pilots. We have modernized the helicopter with new Microsoft FSX program.
For an amount of 10.00 € for 10 minutes, the visitors can feel like a Helicopter pilot!
The Simulator is a single-seater, fully equipped with controls, the cowling may be closed for getting a real "Helicopter feeling". The visibility system consists of four monitors. Three of them generate the visibility out of the helicopter and one monitor shows the cockpit instruments. Outside the simulator two further monitors show the audience what the pilot sees inside the simulator. The simulator can be used autonomous, supported by a user's manual. If attendant, assistance can be given by staff.
Payment will be carried out by coin-operated machine. 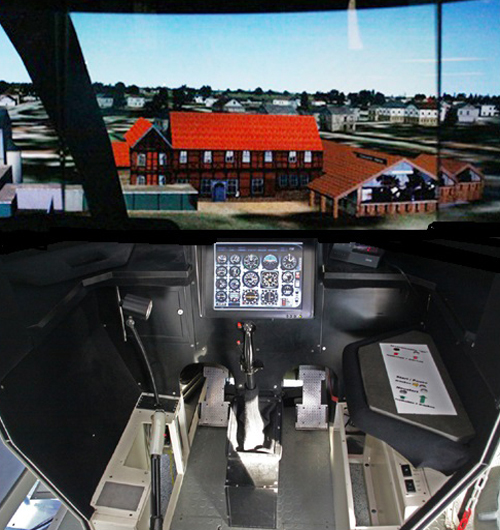 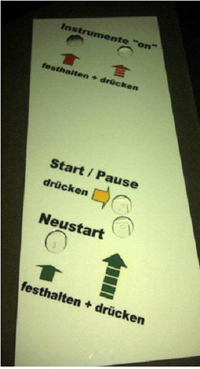 Now you are ready for take-off and you can drag the Pitch and . . . 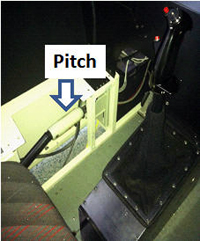 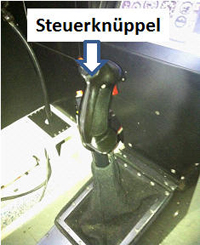 You may also use the pedals to move the helicopter left and right around its yaw axis.

Some views out of the Simulator Cockpit 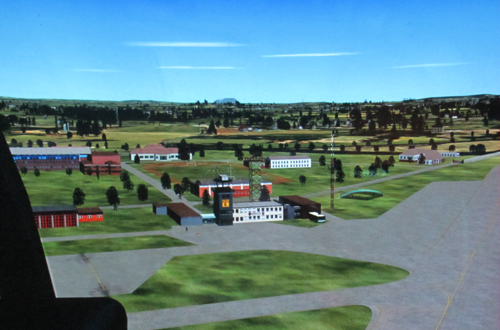 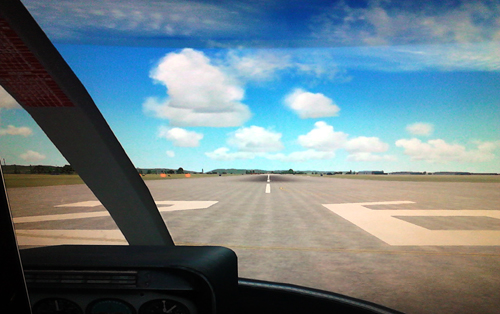 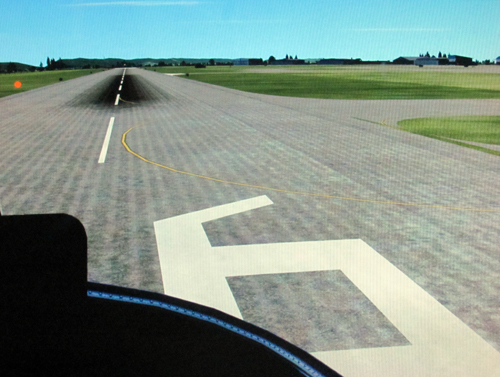 After take off from Runway "26" 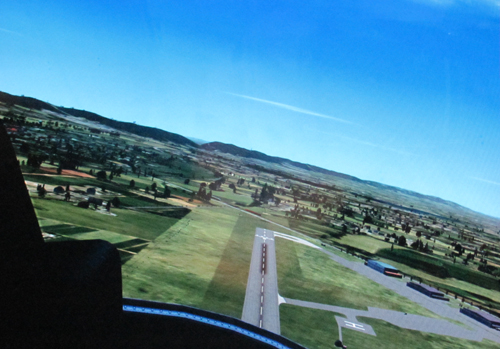 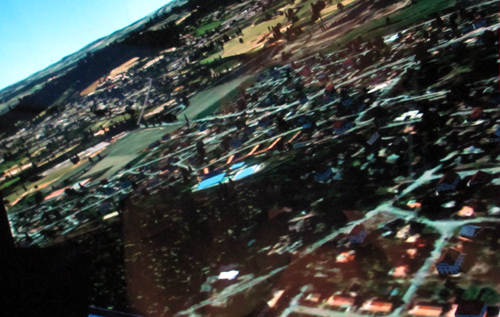 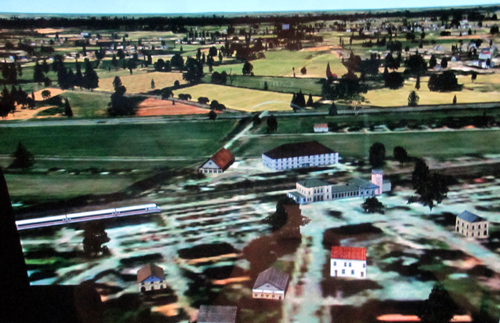 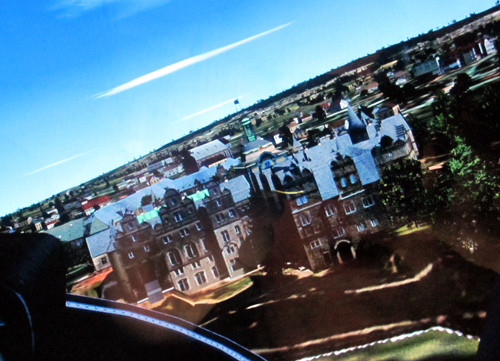 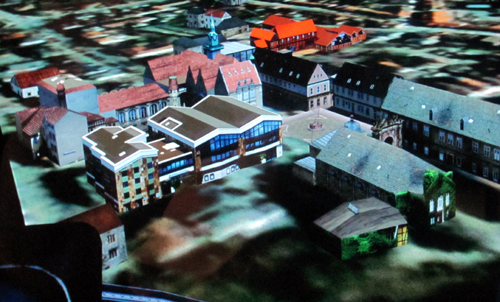 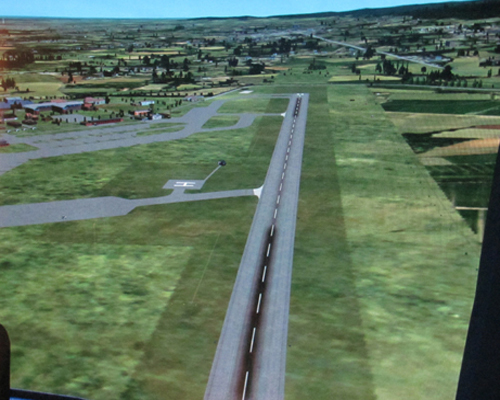