As a trainee mechanic, Hans Goslich, built this unmotorized Pedalcopter in 1949 without having any aerodynamic knowledge. It was unable to fly because of lacking muscular strength and because of too small-sized rotors.
After he had finished his studies as an aircraft engineer he designed a number of projects, for example airships. He became a pioneer in wind energy (“Pellworm project”) and was co-founder of the “Deutsche Gesellschaft für Windenergie” (German Society for Wind Energy).

In 2013 a team of the University of Toronto/Canada has been finally successful: 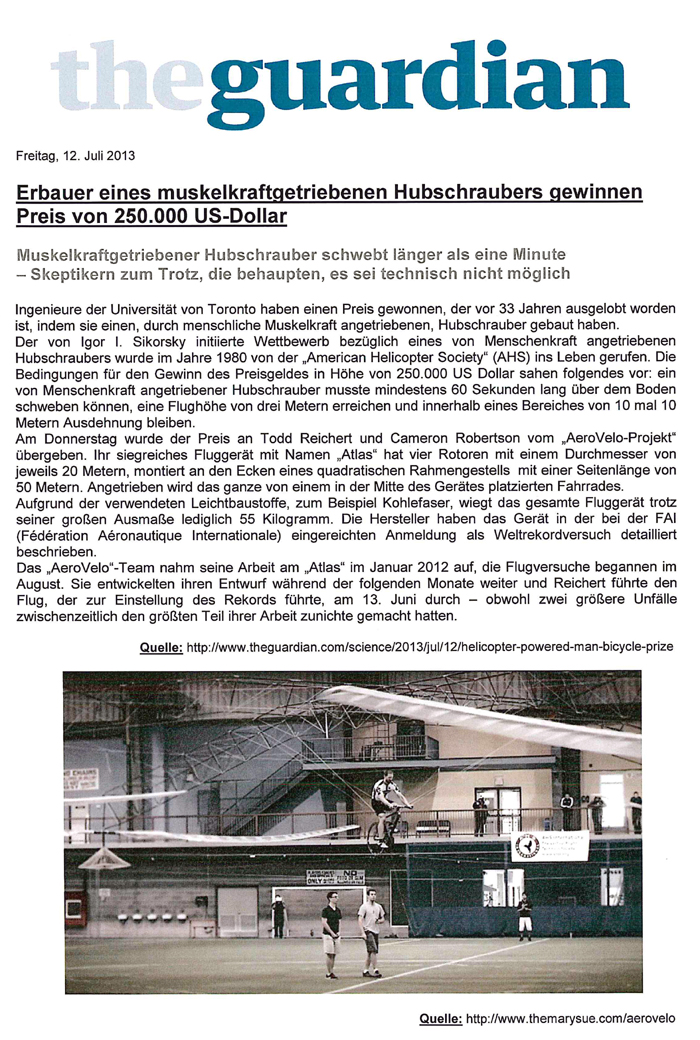